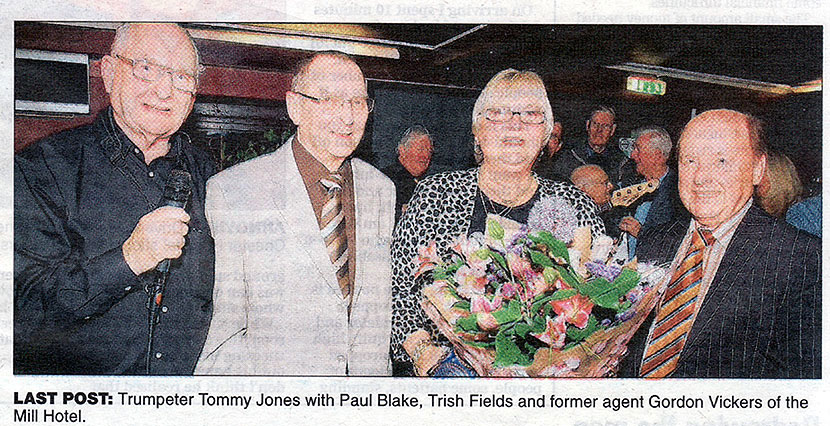 A MUSICIAN and veteran of the Chester jazz playing scene, who played with his band on the opening night of the world famous Cavern Club in Liverpool, has retired after a career spanning more than 60 years.

Trumpeter Tommy Jones is something of a local legend. He is the founder of The Wall City Jazzmen who served with the RAF and returned to Chester in the 1950s.

Tommy founded the locally renowned Wall City Jazzmen, who made their debut in the city when they played at the Old Clemences Restaurant in Northgate Street, Chester.

This led to them being approached by city entrepreneur Gordon Vickers in 1954 to be the resident band at the newly opened Wall City Jazz Club at the fondly remembered venue at Quaint-ways, in Northgate Street, next door to their old home.

Tommy, is 80 this month, now lives off Garden Lane.

Tommy's band played on the opening night of the world famous Cavern Club in Liverpool in 1957, as well as appearing on TV when playing in well known jazz clubs in Manchester and London.
The Cavern Club, where The Beatles made their name in the early 60s, opened as a jazz club.

Now co-owner of the Mill Hotel and Spa Destination, Gordon Vickers has managed the Wall City Jazzmen since the 50s. The Wall City Jazzmen, who Played with many jazz musicians from the UK and America, started Monday night sessions at the Mill Hotel and Spa Destination, in the early 90s and continue to play at the hotel in Milton Street, Chester, on Monday nights.